Attention: October is National Dropout Prevention Month. Kudos to our CIS Success Coaches and volunteers who have been providing these services to Brunswick County students for the past 26 years! 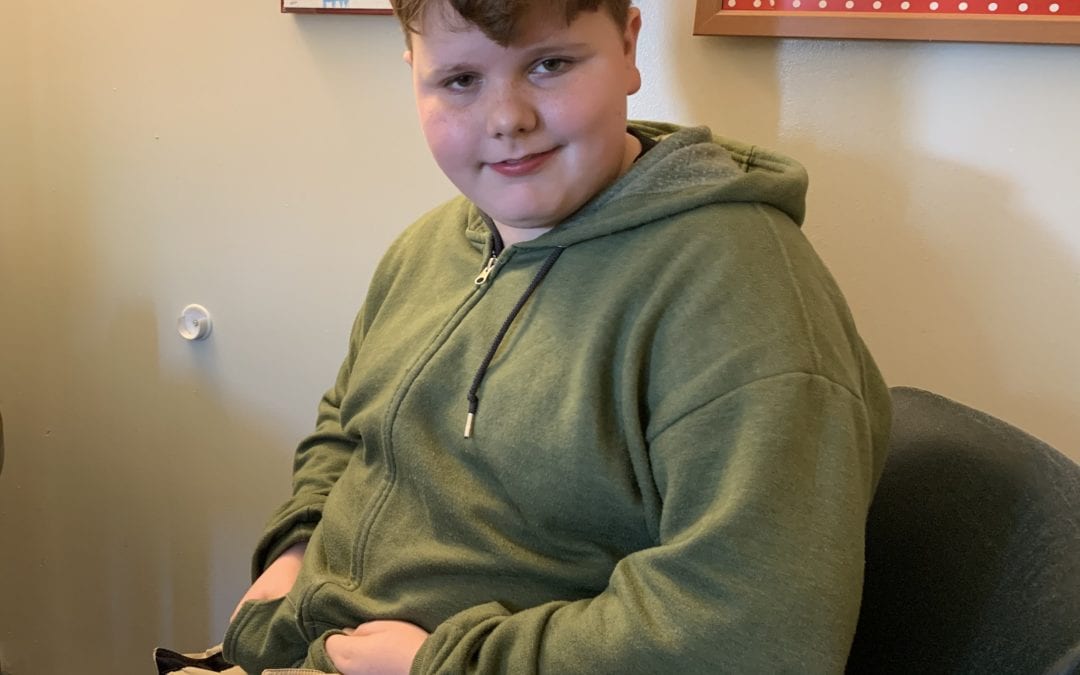 Robbie Lowe is an 8th grade student at Shallotte Middle School. He has been on the Communities In Schools of Brunswick County Action for Success (CIS AFS) case load since 6th grade. This is Robbie’s third year in the CIS AFS program. He has been receiving tutoring through his middle school years in the CIS program. Usually, Robbie does fairly well, but during the first quarter of this year everything changed. His grades started to drop drastically and was failing classes. One day, Robbie was so frustrated he punched a wall at school and broke a bone in his hand.

His CIS Success Coach Michele Rau reached out and contacted his mother and had several talks about why his behavior changed. Robbie’s mother shared he has a girlfriend in another country and stays up late at night talking to her. Ms. Rau shared behavior management ideas that she could enforce at home and contacts for possible counseling outside of school. His tutor sessions through CIS were increased to cover two core classes. After several weeks of hard work, the old Robbie began to emerge. He regularly eats lunch with his CIS Success Coach and shares progress and ideas about a book that he is writing and his goal of attending Brunswick County Early College High School. Robbie’s grades have improved with CIS tutoring and support. He is no longer failing classes, with all grades this semester at a C and above. Robbie is continuing to work hard and make his goals a reality.