Attention: October is National Dropout Prevention Month. CIS recognizes its Success Coaches and program volunteers for helping to reduce the dropout rate in our community! 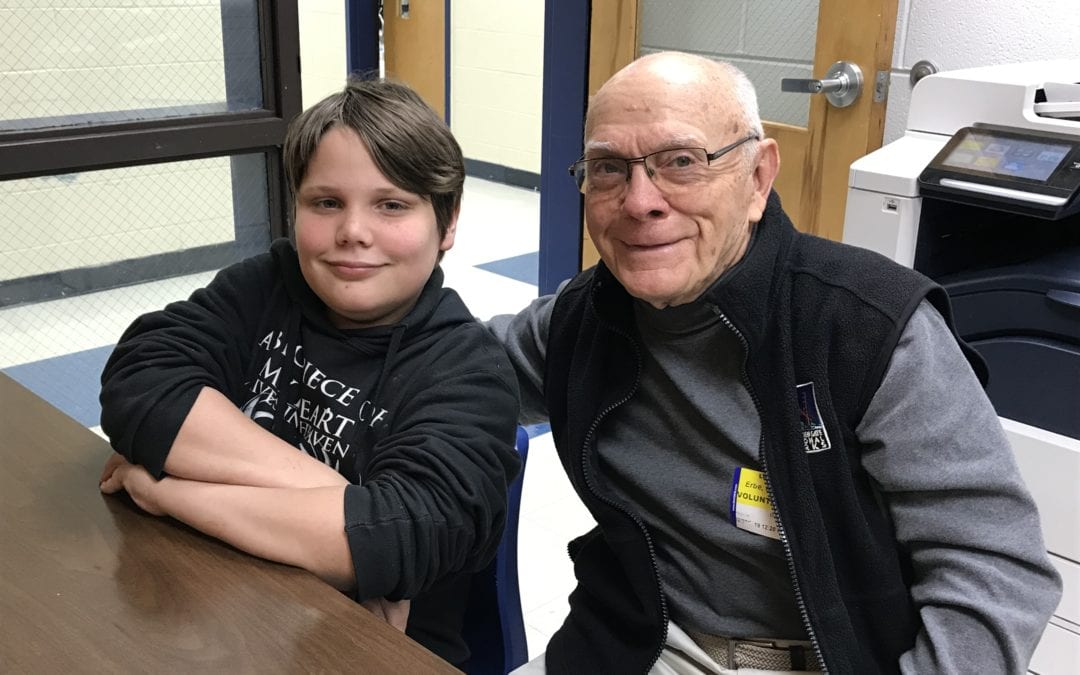 David attends Leland Middle School. He is the youngest of three in his family. His brother is in the Army and stationed in Germany and has two sisters that live at home with him, their mom and her boyfriend. David lost his biological dad when he passed away last year. There are some challenges in David’s life.

David received Math tutoring while in 6th grade and currently in 8th, along with Reading tutoring in 7th grade. He actively participates in the CIS Why Try program with his CIS Success Coach Ms. Ruth working with him on behavior issues. David also has Pete Erbe, a regular lunch buddy volunteer, who has been his lunch buddy and mentor since 6th grade. Throughout his middle school time, David has regularly checked in with Ms. Ruth to review his grades, behavior, and attendance. 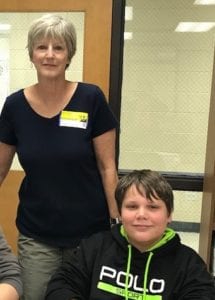 David and his CIS math tutor

David received 13 disciplinary referrals in 5th grade, received eight in 6th grade, five in 7th grade, and has received none this year so far in 8th grade. His math skills have also improved. After just one math tutoring session this year, his Math teacher exclaimed David was more confident and answered questions in class instead of just sitting there. The teacher went on to say that his attitude is much improved as well, and David shared with his Math teacher, “I understand it now!”

David has worked with his mentor and lunch buddy Mr. Erbe for two years. Together they have set goals for his education and even encouraged David to participate in athletics. His mom agreed and he is now part of a neighborhood soccer team. David looks up to Mr. Erbe and really likes that he was in the military like his brother and even taught at West Point. David plans to enroll in JROTC next year at North Brunswick High School with a future goal to be in the Army Special Forces Infantry. David shared, “Mr. Erbe helped me through dark times by talking to me about my dad’s passing. He made me laugh when I was sad. He also encouraged me to go out for sports.” “If I didn’t have the CIS Action for Success Program with Ms. Ruth, I would be depressed, failing my classes, and getting into fights.”