Attention: MOVING DAY! As of October 31, 2022 our Administrative Office has moved to 3000 George II Highway in Boiling Spring Lakes, sharing space with our CIS Thrift Shop at that location. 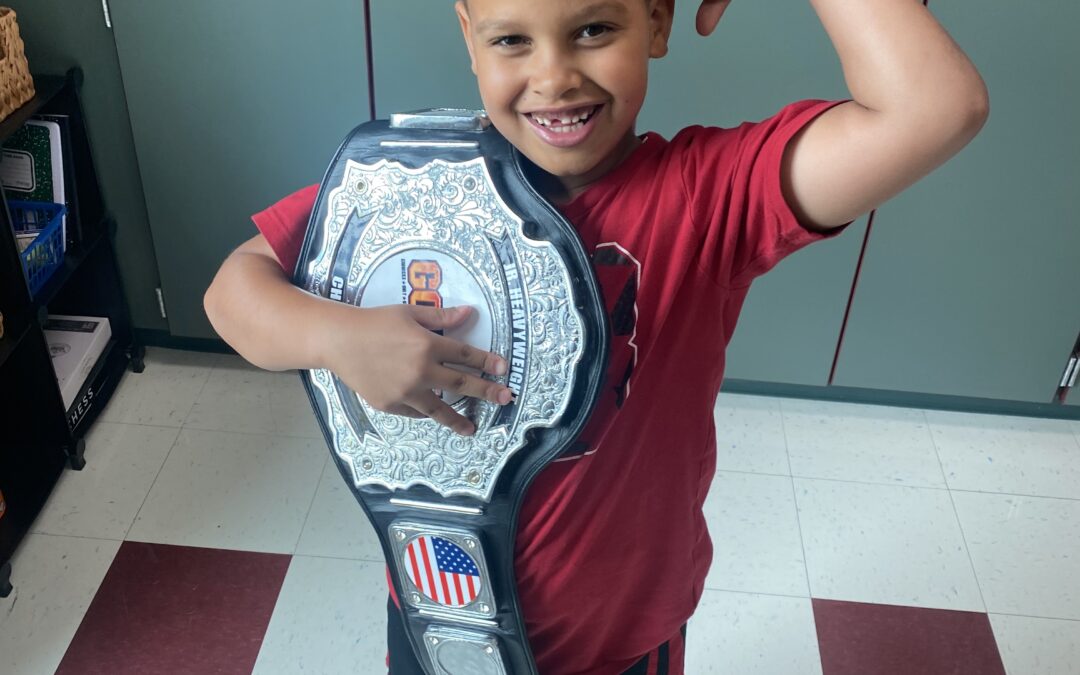 LeAnn, Success Coach at Jessie Mae Monroe Elementary, received a referral in the last couple of months of school for Jacoen from his teacher. The referral was for social-emotional learning because Jaceon struggled in the traditional classroom style set-up including interrupting, not staying on task, and other disruptive behavior. For LeAnn and Jaceon’s first couple of meetings together, LeAnn was intentional about getting to know Jaceon and building rapport as the solid foundation for a supportive relationship.

During this time, LeAnn learned that Jaceon wants to be a pro-wrestler when he grows up. He taught LeAnn more than she ever cared to know about wrestling, including all of the moves that he would demonstrate on LeAnn’s emotional support bear, Beary, to the point where Beary needed a trip to urgent care for stitches. In addition, LeAnn noticed that Jaceon could benefit from a behavior contract, so with the help of his teachers, one was created with an end of year incentive of having a pro-wrestler coming to meet Jaceon.

When looking for a wrestler to come out to the school, LeAnn vocalized wanting a black male so Jaceon would be able to meet someone who looks like him, living out his dream. At JMMES, it is important for LeAnn to bring the interests of her students into the school.